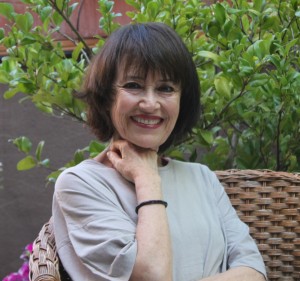 Berta Roth, french of Argentine origin, she began her education at four years of age at the Teatro Labarden, a prestigious theater and dance conservatory in Buenos Aires, Argentina.

She subsequently pursued academic and university studies in Acting using the Stanislavsky acting method.  In contemporary dance she trained under the direction of José Limon and Dore Hoyer, among others.  In classical ballet, she worked with Marc Du Buay (Ecole de L’Opéra de Paris), Ludmilla Kovalenko (Ecole du Ballet du Bolchoï), and  Nadejda Kostenko (Ballet de Kiev), as well as with Liliane Arlène for Hath Yoga in dance.

After a career as an Actor, Dancer and Choreographer, she left the stage, film and television studios (Los Orilleros, directed by Ricardo Luna) in order to dedicate herself to scenographic research, thereby leaving behind the Stanislavsky method.

Upon meeting Grotowski, she created a concept called Dramatic text Incorporation, which would later become Words in movement.

Sought-after by Dr. Pichon Rivière, she began working with psychotic patients at the Hospital Borda (Buenos Aires, Argentina) while simultaneously beginning her training as a clinical psychologist and continuing her research in scenography.

The “Dirty War” lead by the Argentinian military government forced her to seek refuge in Mexico and then in France, where she resides since 1979.  A psychoanalyst in Argentina, Mexico, and Paris practicing in both the private and public sectors, she has published numerous scientific texts.

The difficulty of reconciling her work in what she considers are two distinct disciplines, the theater scene and the psychoanalytical one, lead her to set aside temporarily the scenographic creation until the start of the new millennium (early  2000s).

Hence the purpose of this site : to expose her work in scenography and  « Words in Movement », the very essence of her research.